Brother and sister Mat and Sharn walked through the forest. They were going to their secret hideaway, a beautiful spring deep in the trees. There was a clearing with a big, marvelous patch of grass, gorgeous flowers, a crystal clear pond for swimming, and a large flat rock for relaxing.

“Come on, Mat. We’re almost there!” said Sharn to her brother.

“We’ve got plenty of time, Sharn. Mom and dad said we don’t have to be back until dinner.” replied Mat.

Mat and Sharn soon arrived at their quaint forest oasis. They rolled around in the grass, smelled the beautiful flowers, and enjoyed their time together by playing games.

“Catch me if you caaaan!” giggled Sharn. Sharn ran through the grass and flowers, desperate to put distance between her and Mat.

“I’m on your tail, you better run fast,” shouted Mat, sprinting to catch Sharn and tag her. Mat eventually caught up with Sharn, tackling her to the ground as they both started laughing.

“It’s sooooo hot out here,” said Sharn. “Did you bring any water?”

“No,” said Mat. “But we do have our swimsuits, and the pond is nice and refreshing.”

Mat and Sharn changed into their swimsuits and jumped into the pond. They splashed, swam, and dove through the transparent water. The cool liquid felt revitalizing in the hot summer heat. An hour later, they got out of the pond to dry themselves off.

“Oh dang it,” said Mat. “We forgot our towels. How are we supposed to get dry?”

Sharn looked around and saw the big rock. “We could lie on the rock to dry off,” she said. “It’s perfectly positioned under the sun, and it’s big enough for both of us.”

Mat and Sharn laid down on the rock, basking in the sun’s rays. Soon after, they both dozed off in the comfort of the sun. After catching a long nap, Mat opened and rubbed his eyes to gain his surroundings. Strangely, he noticed he could see the tops of the trees and a few clouds in his sight.

Sharn also sat up, and they both realized their dilemma. The rock grew to a great height, stranding them on top.

“What do we do?!” said Sharn. “We might be able to get down, but I don’t see any path for climbing. We need mom and dad!”

Mat and Sharn yelled for their parents, but their efforts were useless. They were too far away. While they couldn’t get their parents, they did attract a few animals.

Bobby Bear emerged from the trees. “Don’t worry kids!” he yelled. “I’ll come get you.” Bobby began climbing the rock, gripping his claws into the slab. He managed to get halfway up before his claws broke, and he slid down to the ground.

Bobby’s ruckus attracted Sam the Squirrel. “I can try and climb it,” she said. Sam began scampering up the rocks at a quick pace. It looked as though she would make it, but she became very tired, unable to lift another finger.

“I can give it a shot,” said a mysterious voice from beyond. Bobby and Sam looked around frantically trying to find the source of the voice, before looking down to see a small snail. Both animals burst into laughter.

“Yeah right,” said Bobby and Sam. “Who the heck are you? Like you can do anything.”

“I’m Spencer. I can do it. Just watch me,” said the snail. Spencer then approached the rock and began crawling up the tower. Bobby and Sam watched in awe as Spencer scaled the tower, inch by inch, and eventually reached the top where Mat and Sharn waited. Spencer’s shell then grew to the size of a carriage and had Mat and Sharn hop inside. He then made his way down the tower before delivering Mat and Sharn to the safe ground.

“And we’re sorry for not believing in you,” said Bobby and Sam. “I hope you can forgive us.”

Bobby, Sam, and Spencer went back into the woods, bonded by the rescue attempt, and began a new friendship. Mat and Sharn returned to their parents, safe and sound. The large monolith in the forest still stands, now known to all of the animals as “Spencer’s Stem”, in honor of the snail’s brave and heroic actions. 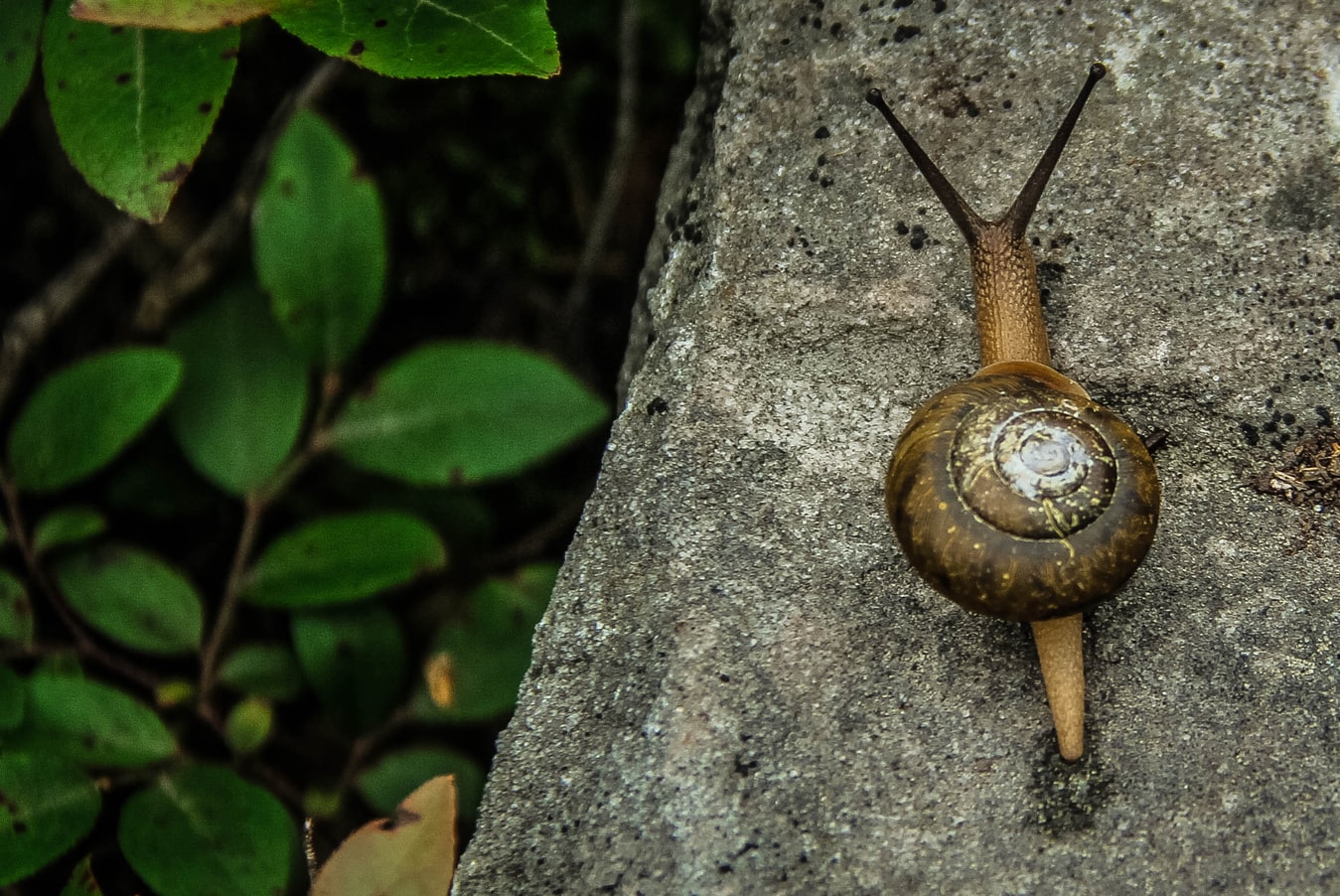 “Brown Snail in Rule of Thirds Photography” via Unsplash

I really liked this story because the underdog prevails when a bunch of powerhouses fail. In the source, animals like a coyote, a bear, and a fox all try to climb the rock, but a measuring worm ends up prevailing. I decided to also use a bear in my story because a bear is very ferocious and looks like it can do anything. I brought in a squirrel because they’re known for being good climbers, even though I have the squirrel fail. I substituted the measuring worm with a snail because they’re both known for moving slowly, so I thought it would be a good parallel. I gave the animals names to make everything easier to follow. In the source story, the “Big Rock” that the measuring worm climbs is renamed by the Indians to honor him, so I decided to also rename the rock in my story to honor the snail who helps the children. 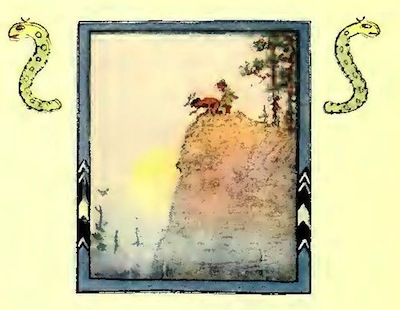 Boy and Girl on Top of the Rock, via the Untextbook

The Making of Lakes and Mountains 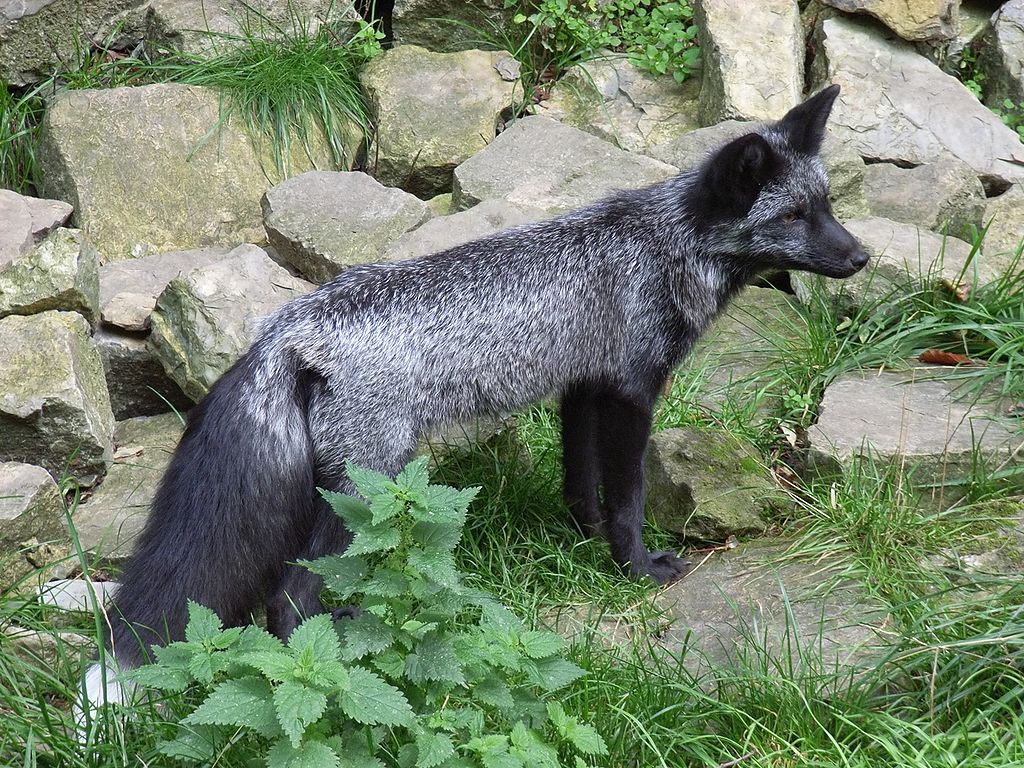 Silver Fox, via the Untextbook

Creation of the World

Origin of Light and Fire 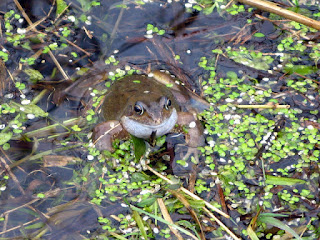 Picture of Old Toad, via the Untextbook
at October 26, 2020 No comments:

Brother and sister Mat and Sharn walked through the forest. They were going to their secret hideaway, a beautiful spring deep in the trees. ...